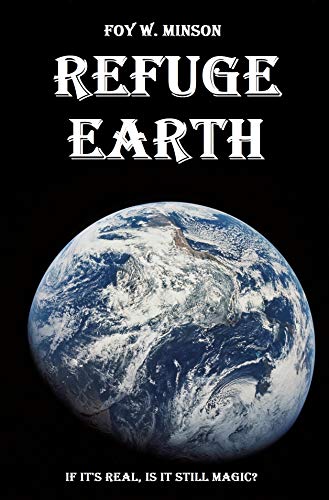 Book One of the Refuge Omnibus series

Just as Jason Wolfe, a widower with a ten-year-old daughter, is contemplating giving up his police badge for a less stressful life, an armada of starships falls upon Earth in a blitzkrieg invasion of fire and death, and he is suddenly challenged with their very survival. Even as the alien invaders decimate the human species while destroying anything that may aid survivors, a pair of vicious sociopaths use the opportunity to prey upon their fellows. Jason and his daughter join with other survivors in fleeing and fighting both foes. During all this, strange, new abilities emerge among human survivors, abilities that once resulted in the burning of witches. Might these abilities, if they can be controlled, aid in surviving the chaos — or even in eventually repelling the invaders? Is it only coincidence that these powers are emerging now? If it’s real, is it still magic?

You met Matti Raven briefly in Refuge when Adam Rainger gave her a ride just minutes before the invaders appeared above Adobe Creek. Now join her in surviving the destruction of her town. She is sixteen years old. She is black. She survives a fiery, Earth invasion by creatures from the stars. Her family does not, and she is alone.

In the midst of fire and ash, Matti and her boyfriend, Woody, discover they have inexplicable, new abilities. She survived the initial holocaust by intercepting the thoughts of a dog cowering in a storm drain and joining it there. Woody’s power of levitation saves her, first from the clutches of an angry mob, and then from a collapsing house. He lures an invader away from their hiding place but fails to return, and she is alone again. Can she survive in this horrible, new world on her own? Can anyone? Even with more of these new abilities emerging among survivors, will it be enough? 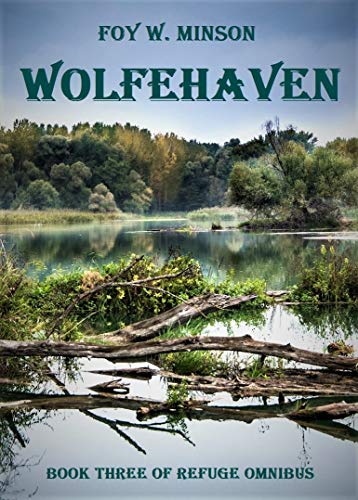 REFUGE EARTH saw the kryls’ mighty armada destroy Earth’s civilizations and cull the human population back to a fraction of what had been.

RAVEN followed the opposing groups of survivors in the following weeks of bloody, post-apocalyptic chaos in which developing psychic abilities played a large part in who survives. Many died, but many survived, after which deteriorating conditions drove those that lived to abandon the ruins of Petaluma, and they headed north to find a new haven.

WOLFEHAVEN begins six years after the caravan of refugees fleeing Petaluma established a new community on the bank of the Russian River in the redwood empire of the northern California coastal mountains.

During a hunt, Raven, Emmie, and Satan encounter Sherri, a young woman pierced by two arrows, with a four-year-old daughter and a babe in arms trying to flee a pair of assassins. In the middle of saving them with the powers they have used daily, they are confronted by a horror from six-years past — a kryl on a capture mission. They survive the confrontation, but with grave injuries that only Lila can handle. En route back to the village, they learn that Sherri’s assassins had been sent by their old nemesis, Ned Morgan, who not only survived the loss of his army six years prior but has established a new reign of terror. 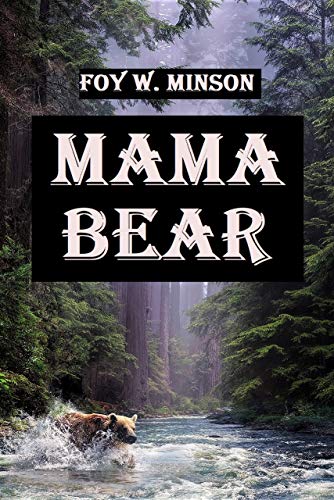 MAMA BEAR was inspired by the true-life saga of Jaycee Dugard. At age 11, she was taken by a man and woman and sexually assaulted for 18 years, as laid out in her memoir, LOST AND FOUND. MAMA BEAR may also appeal to readers who enjoyed THE BABY RESCUE by Margaret Daley, and INTO THIN AIR by Mary Allen Porter.

A powerful earthquake leaves Angela and her family buried in the wreckage of her uncle’s collapsed house in the mountains of California’s northwest. While she is left buried with her husband and uncle, she is forced to watch a pair of would-be rescuers take her young, teenaged daughter away as they allude to the hellish life they plan for her as their new baby-maker. But the abductors make a serious mistake; they leave Angela alive to come after them.

After Angela’s life-or-death struggle with a bear for her own freedom, the life-long city girl must choose between digging out her husband and uncle, both seriously injured, or going into bear and mountain lion populated wilderness after her daughter’s abductors. Agonized, she leaves the men she loves as potential bear-bait and, accompanied only by one small dog, and armed with a rifle she doesn’t know how to use, she strikes out on a trail she can’t distinguish and that is fading with each breath she takes.

But, even if she can find them, and if force is the only way she can gain her daughter’s freedom, can she overcome her adamant opposition to violence she has never even explained to her husband? What will she do — what won’t she do — to save her daughter?

Available at Amazon.com on Kinkle e-books 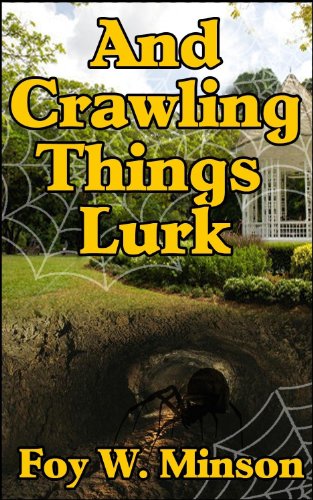 In a small, northern California town, an abomination that should not exist outside of nightmares has long flourished unnoticed by limiting its sustenance to what is provided from out of the area. But fate disrupts that system of provision, and it falls upon the local populace to sate horrific needs. The town drunk witnesses the beginning of these depredations. But how can he convince anyone that what he saw was not just another phantom from a bottle? How could such evil come from so innocuous a figure as he describes? The only one to believe his story is a young girl who befriends him against warnings from her local cop and her parents. After another taking, he is convinced that the thing will keep coming back for more of those he loves. But can he overcome alcohol and war-wound-caused mental limitations and construct a weapon in time to kill the monster?

First, Space/Time as a Mobius Strip, is an essay, just a glance at some of the fun thinking a Mobius strip can inspire.

Then, in Greatest Impact, what essential, commonly accepted theorem does a time traveler forget to account for (does not involve stepping on butterflies or otherwise killing one’s own grandfather) that turns out to be a bit more than an oops moment?

Next, Donor Cards explores how perilous traffic enforcement might be in a society that combines organ donations with three-strikes.

And, finally, Vivarium ponders what could possibly be worse than to be a resident of a zoo on an alien world.